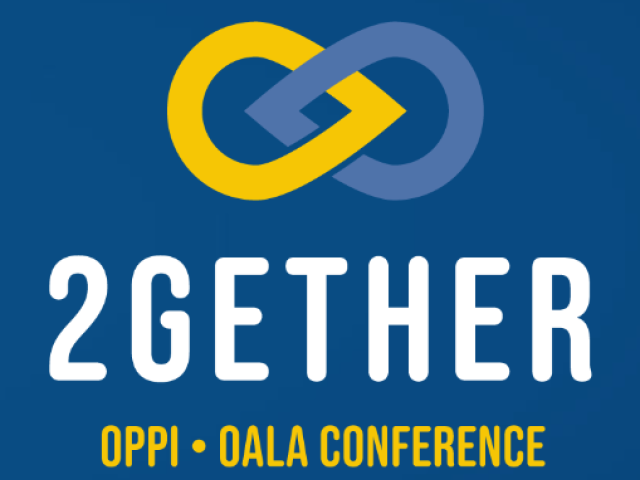 I’m very happy to say that this past week, I attended (and spoke at!) my first in-person in over three years. If you read my previous post on how the AAG Annual Meeting, you will know how much I enjoy conferences. I’m pleased to share that the OPPI (Ontario Professional Planners Institute) & OALA (Ontario Association of Landscape Architects) conference did not disappoint. The theme of the conference was ‘2GETHER’ two days, two disciplines. It was the first joint conferences the two associations have hosted together since 2003, and the excitement and eagerness upon entering the conference centre was palpable. Stepping up to the breakfast buffet I felt in my element.

However, I’m getting ahead of myself, let’s go back to a day earlier before the conference. The School of Urban and Regional Planning at Queen’s University (where I study) had arranged for a bus to pick up a group of students and transport us from Kingston to London, a drive that is 4.5 hours with no traffic. I didn’t mind though as I had an insurmountable number of readings to catch up on. However, I had helped to plan a short detour. The bus would stop in Regent Park in Toronto, a neighbourhood that was once Canada’s first social housing project that has recently undergone revitalization to include a mix of affordable, rent-geared-to-income, and market rate housing units. After learning extensively about the area last year it was rewarding to finally see it and get a sense of the neighbourhood in person. Our last stop before hitting the road again was the World Urban Pavilion in Regent Park, a dedicated “exchange hub” to promote the exchange of research, knowledge, and innovation in urban development from around the world. At the Pavilion we got to hear from a long-time resident of Regent Park who spoke to the initiatives within the community as well as their perspective on its revitalization. We also learned that the Pavilion is guided by the United Nations-Habitat Human Settlement Program, that is guided by a set of sustainable development goals (SDGs) to work towards a better urban future. As we left, I got sight of a phrase on the Daniels Spectrum building in Regent Park, it reads “ROOTED IN REGENT PARK CONNECTED TO THE WORLD”. I was touched by the phrase and prompted to think about how I was rooted in the places that I was from, but I was unsure of exactly how these places were connected to the world. However, in Regent Park there was an evident sense that it was a place that extended beyond its physical boundaries. However, in the blink of an eye it was gone, we were back on the bus continuing our trek to London. Yet the atmosphere on the bus had changed, as everyone was buzzing with excitement and sharing thoughts on what we had learned from our visit to Regent Park.

After spending a substantial amount of time in Toronto traffic we eventually arrived in London. Now all that was on my mind was my presentation tomorrow. Although I had many opportunities to present in class last year, I still had never done a conference presentation in person. The morning of my presentation I woke up bright and early to prepare. I arrived at the conference building to a large breakfast buffet, however, I had to make the tough decision of opting for only one cup of coffee to avoid the jitters for my presentation. I spent the rest of the morning speaking with planners and landscape architects alike, and I was able to sit in on some incredible panels and presentations. At lunch I sat with some alumni who shared their experiences and provided some insight on what life was like after graduation. But after lunch my time had come – it was time to present. However, I had an unusual feeling, usually I get quite nervous and uneasy before presenting, but on this day, I felt excited, invigorated, I couldn’t wait to have other eyes on the material that I’ve been working on for months. As I was presenting, I felt proud, not only of myself and my colleagues on the work we had done, but of the participants in the photovoice study who had undertaken the difficult task of reflecting on play and their perceptions of it in the environment. Seeing some of their photos of the screen felt deeply personal. I had always explained that we had decided to use photovoice as the research methodology as it allows for us as the researcher to get a look through the “lens” of the participant and their experience with the phenomenon being studied. However, having the photo enlarged and shared with a room full of practitioners more than 4,000 km away from where it was captured, actualized to me the power of photovoice. The room full of practitioners from across Ontario were almost peering into the world of that older adult, they were seeing what they had seen. And although everyone’s interpretation of that photo may be different, it still sparks a conversation. A conversation that I was happy to engage with during the questions period, where relevant topics such as planning and memory loss, access to transportation, and how to implement age-friendly environments were all discussed. As I walked out of presentation room, I felt satisfied, and I was ready to celebrate with my classmates.

The next day at the conference I was approached by a student who complimented me on my previous days’ presentation and explained that in their home country of Japan aging and social isolation is a major issue. After a wonderful conversation about the potential of play infrastructure, we parted ways, and I thought “ISOLATION: ROOTED IN VICTORIA CONNECTED TO THE WORLD” and then “PLAY: ROOTED IN VICTORIA CONNECTED TO THE WORLD”. Although these are sentences that my brain makes up subconsciously while I overfill my cup with coffee, it reminded me of a theme that I always forget to consider. It is that of ubiquity or universality. That all places are in a way connected to the world by way of human nature. That we as human beings all want similar things despite living in very different environments and conditions. The fact that older adults around the world are experience isolation and loneliness, also means that this can be improved on through play. And although play may look different from place to place, or even person to person, the desire, and the need to belong are still there rooted in the individual but connected to the world.

As I boarded the bus back to Kingston that evening, I felt a renewed passion for the project and for play itself. I settled in for a long road trip nap, comforted by the fact that 2GETHER anything is possible.