Elliot Lake: The City that “Shocked” Me 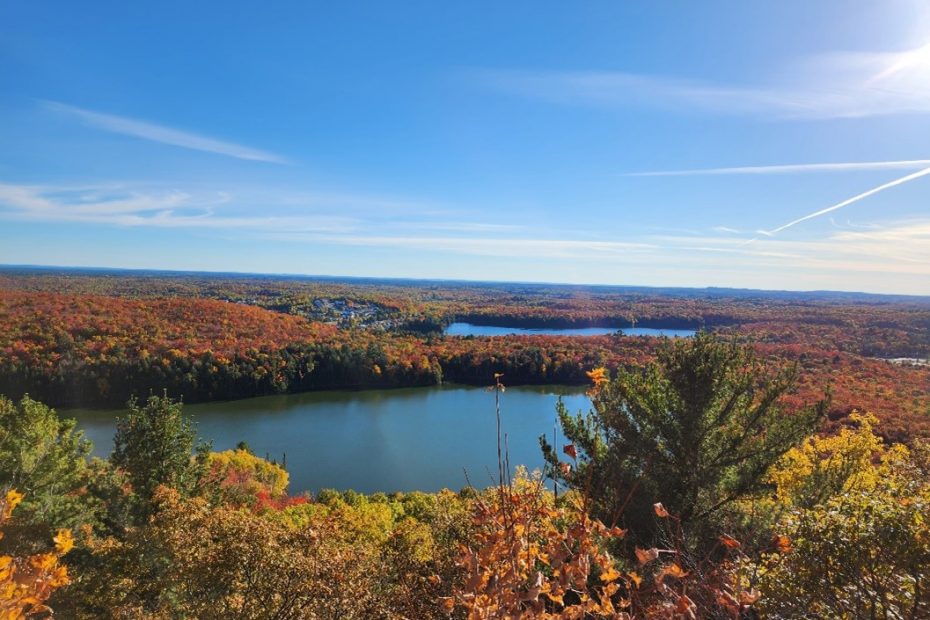 Northern Ontario is geographically huge. But for those of us who hail from there, much of it is very familiar. Elliot Lake is a small community 4 hours from my hometown of Powassan, but I’ve been hearing about it since I was a child. From the mall collapse in 2012, to stories from family about visiting the town, Elliot Lake has always been “on the map” for me. It wasn’t until my undergraduate studies that I learned about the community’s incredible progression from a mining town to a retirement community. This fascination followed me to my graduate studies, where I discovered two theoretical concepts that can be applied to Elliot Lake: shrinking and aging.

Shrinking, because Elliot Lake lost a significant amount of population when the uranium mines closed in the 1990s. The residents were discouraged by the lack of opportunities in the area. And, with the city being located so far from other urban centres, Elliot Lake couldn’t even turn in to a commuter town, like other Northern Ontario communities have done in the past. Many people felt they had no choice but to move away from the once thriving community to seek employment or education opportunities. In the last 30 years, Elliot Lake has lost over 40% of its population, making it one of cities that has experienced the most population decline in Canada.

Aging, because the majority of those who decided to leave Elliot Lake were younger adults and their children. This left older adults who had retired or were ready to do so, and who preferred to age in place than to relocate. As the proportion of older adults climbed, the City of Elliot Lake used this to their advantage and began rebranding as a retirement community. The median age in Elliot Lake is now 60.4, making it the city with the second oldest population in Canada.

Before I started my studies at Queen’s University, I knew I wanted to do research on a subject that affects Northern Ontario. Shrinking and aging are two types of demographic change that are becoming increasingly prevalent in the North, making Elliot Lake a great case study community to explore these concepts. After a few brainstorming sessions with my colleagues and supervisor, I narrowed my focus on health care access for older adults in Elliot Lake – specifically the ability to commute to health care facilities via public transportation. In October 2022 I made my way up to Elliot Lake to complete the fieldwork for my thesis (and enjoy the fall colours). My goal was to complete a walking and public transportation audit centered around health care access. I would ride a lot of buses over the next few days.

I was surprised to find out Elliot Lake even has a bus service for its population of about 11,000. Northern Ontario communities of that size are lucky to even have taxis – West Nipissing has a similar population size and recently lost its only taxi service. Yet, Elliot Lake is able to provide public transportation on four routes every hour.

As I waited at a bus stop to start my first route audit, I was speaking with an older woman who only had a limited amount of experience taking the buses in the community. In fact, she had been attempting to avoid riding them altogether; she recalled the time there was no room left on the bus, so she was forced to sit on the ground. This wouldn’t have been terrible, she said, had the shock absorption on the buses been adequate. Once I got on the bus, I quickly understood what she meant. At every bump in the road – which are quite common on Northern Ontario roads – you could feel every vibration through your seat. The wheelchair-accessible seat at the rear of the bus also made a significant amount of noise each time the bus encountered a bump. On top of this, a few steep steps were required to access the bus, and the aisle was quite small compared to a regular-size city bus.

As someone who has only taken buses in mid-sized and large cities, I spent the first 5 minutes of my first bus ride in Elliot Lake trying to understand how people could be putting up with these conditions. However, while I’m sure everyone would appreciate a tad more shock absorption, I quickly understood that the older adults taking the bus weren’t just taking it to get to a destination – they were taking it to socialize. Quite often, when someone was getting on or off the bus, the bus driver and at least one passenger would greet them using their first name. I’m sure many (if not most) people in Elliot Lake know each other, considering it’s such a small town. However, it was during bus rides that I really felt a sense of community. By the end of the week, the bus drivers would wave at me as they drove past – it was as if, within a week, I became part of the community too.

The transportation audit took shorter than expected, and I look forward to sharing the results with the world through my thesis and other publications. The rest of the week was spent fishing, biking, and exploring, all while taking in the incredible views. I unfortunately didn’t catch anything, but I did see a baby bear, a fox and a coyote on my last night there!

I also had the chance to try multiple restaurants in Elliot Lake, all of which reminded me of restaurants I went to growing up. Diana’s had some great pub food – I was particularly fond of the chicken fingers. Mum’s Place was a perfect option for breakfast. It specifically reminded me of TJ’s, a restaurant in Trout Creek that served many of my comfort foods. Maple is a Chinese Canadian restaurant, which felt so similar to the Chinese food restaurant in Powassan, Ontario. Elliot Lake Blossoms was amazing as well – the staff were incredibly friendly, everyone in the restaurant got a free smoothie sample, and their roasted red pepper soup was fabulous!

All in all, I had a great time in Elliot Lake. I successfully completed my field work, enjoyed the spectacular views, and ate some delicious meals that reminded me of my hometown. If I were to return, I would probably opt to spend more time in nature, exploring the various lakes and trails – I did some exploration by foot and by bike, but have yet to explore by boat or by ATV! And, of course, I would spend more time with the residents to hear their interesting stories about what Elliot Lake used to be, what it is now, and what they hope it may one day become.